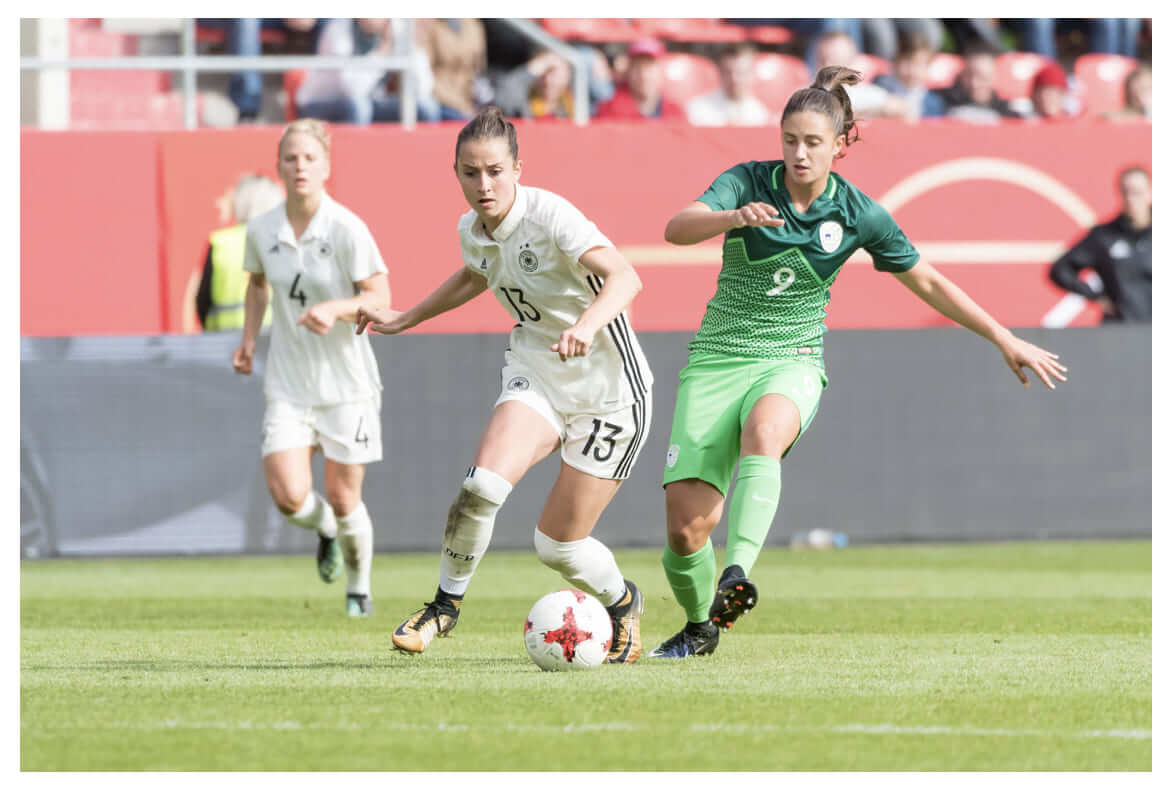 I started playing football at an early age. I remember that I was 6 years old when my mom inspired me to play. At the beginning I played on a playground in my hometown and on the yard in front of my house. 2 years later, when I was 8 years old my mother signed me in football club NK Radlje. Even though I was the only girl, that didn’t bother me at all. I played with boys until 2013. Then the rules changed and i was not allowed to play with them anymore. That’s why i started playing for a women’s club ŽNK Slovenj Gradec. A year later I followed my coach and started playing for new women’s club ŽNK Radlje. In 2015 these two clubs united and the new club was called ŽNK Koroška (I played there for half a year). 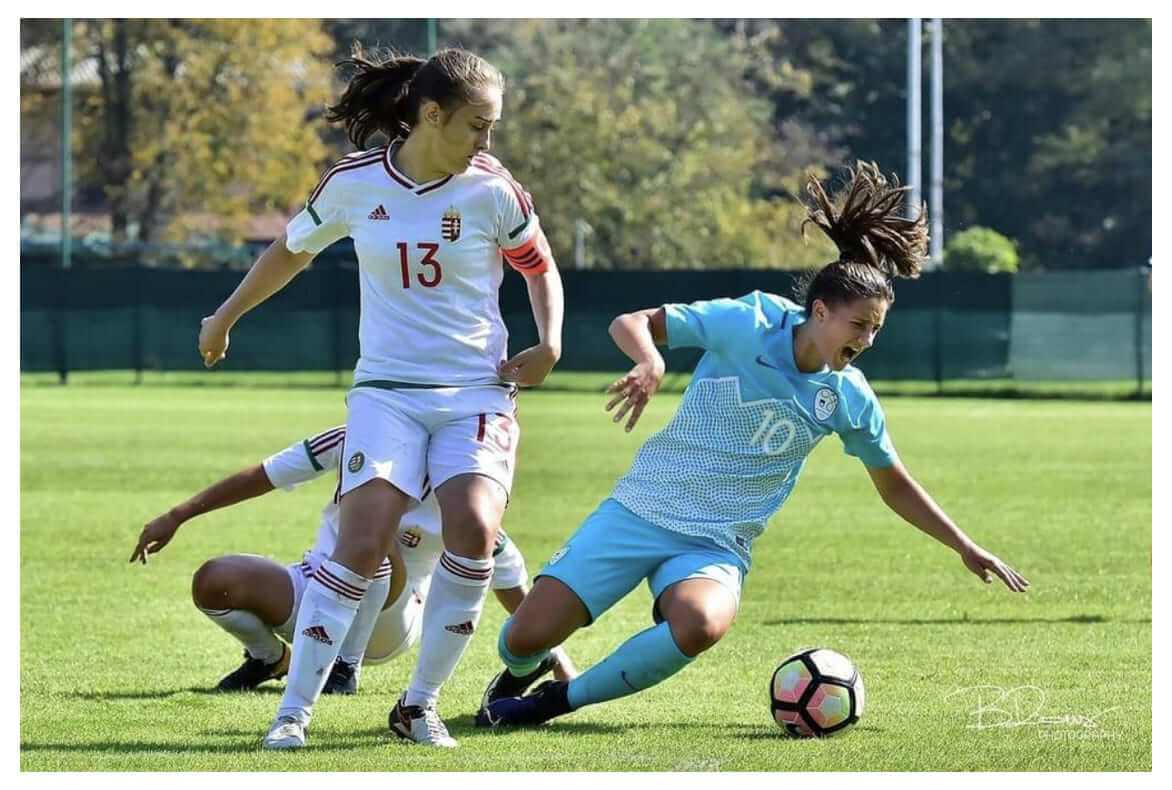 I recognised that I have a lot of potential and I started playing more seriously. At the age of 15 I got enrolled in a program, where I was studying and training under the watchful eye of the best coaches in Slovenia. During the week I trained there and went to school. On the weekends I went home and played matches for my club. I finished schooling in 2019. Meanwhile I changed a few clubs. First I played for NK Fužinar, where I really connected with my teammates. We won first place at the u17 league championship. I had a hard time leaving this club, but I really wanted to get some new experiences. I transferred to ŽNK Olimpija, where I found everything I was searching for by winning my second league title in 2018. 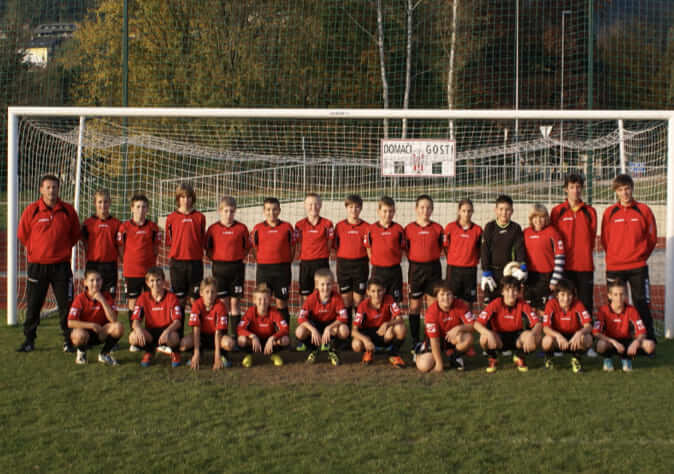 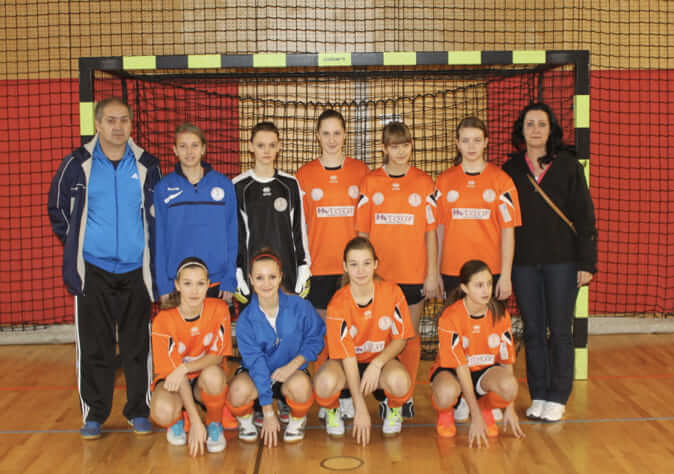 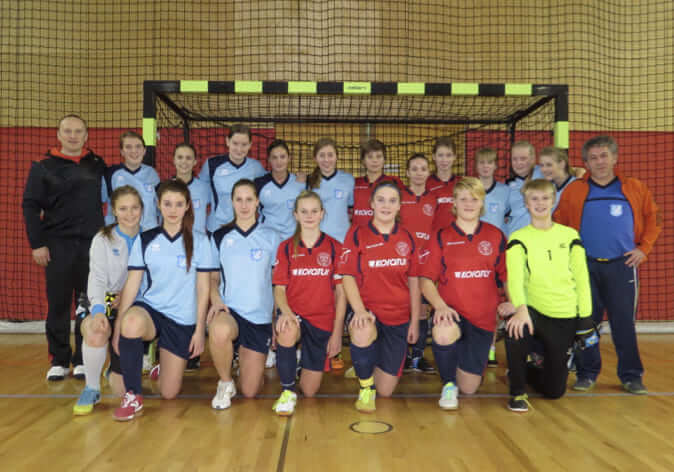 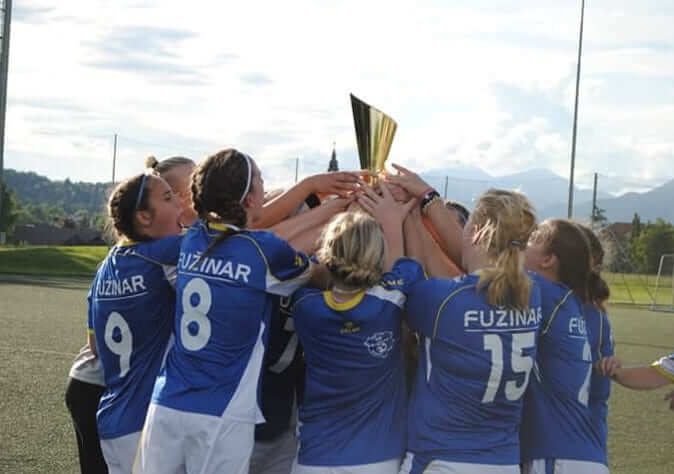 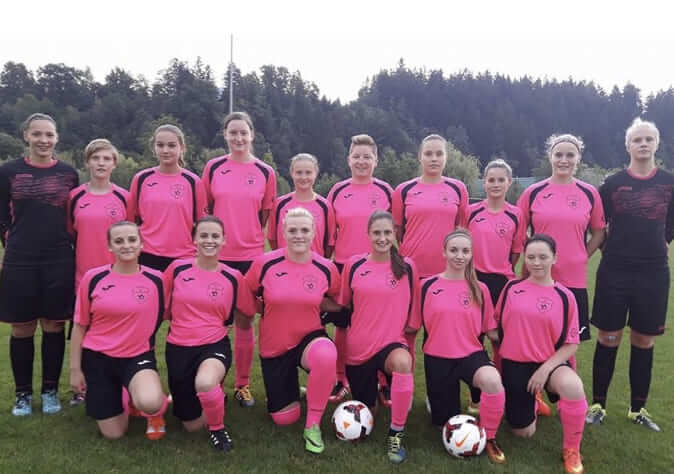 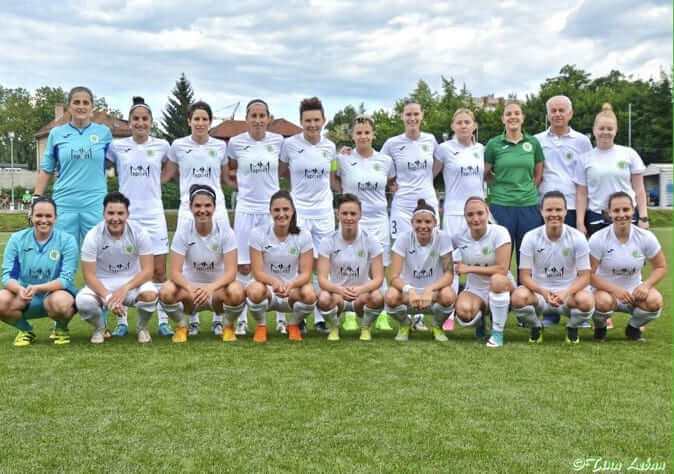 My childhood dream was to play professionally after I finish high school. Before I have moved to Germany I transferred to ŽNK Radomlje. I am the type of person that always wants something new and better. At the time I wanted new challenges and I knew that ŽNK Radomlje could give me that. I believe that it was the right decision before the transfer to 1.FFC Turbine Potsdam. In summer 2019 I moved to Potsdam. Just as I got there I unfortunately torn ACL in my left knee. Right now i’m still in the rehabilitation process but I’m really looking forward to start training back with the team. 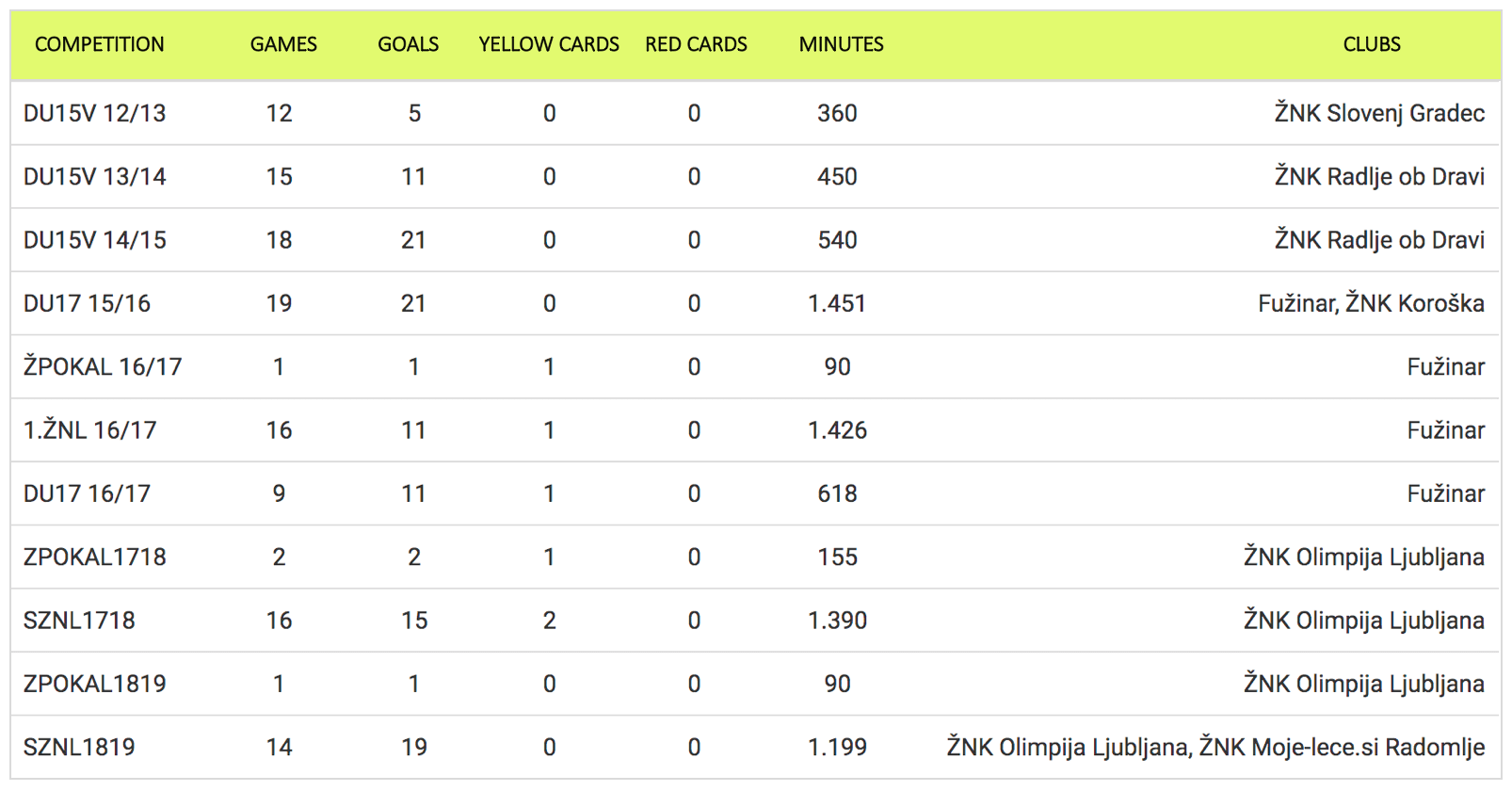 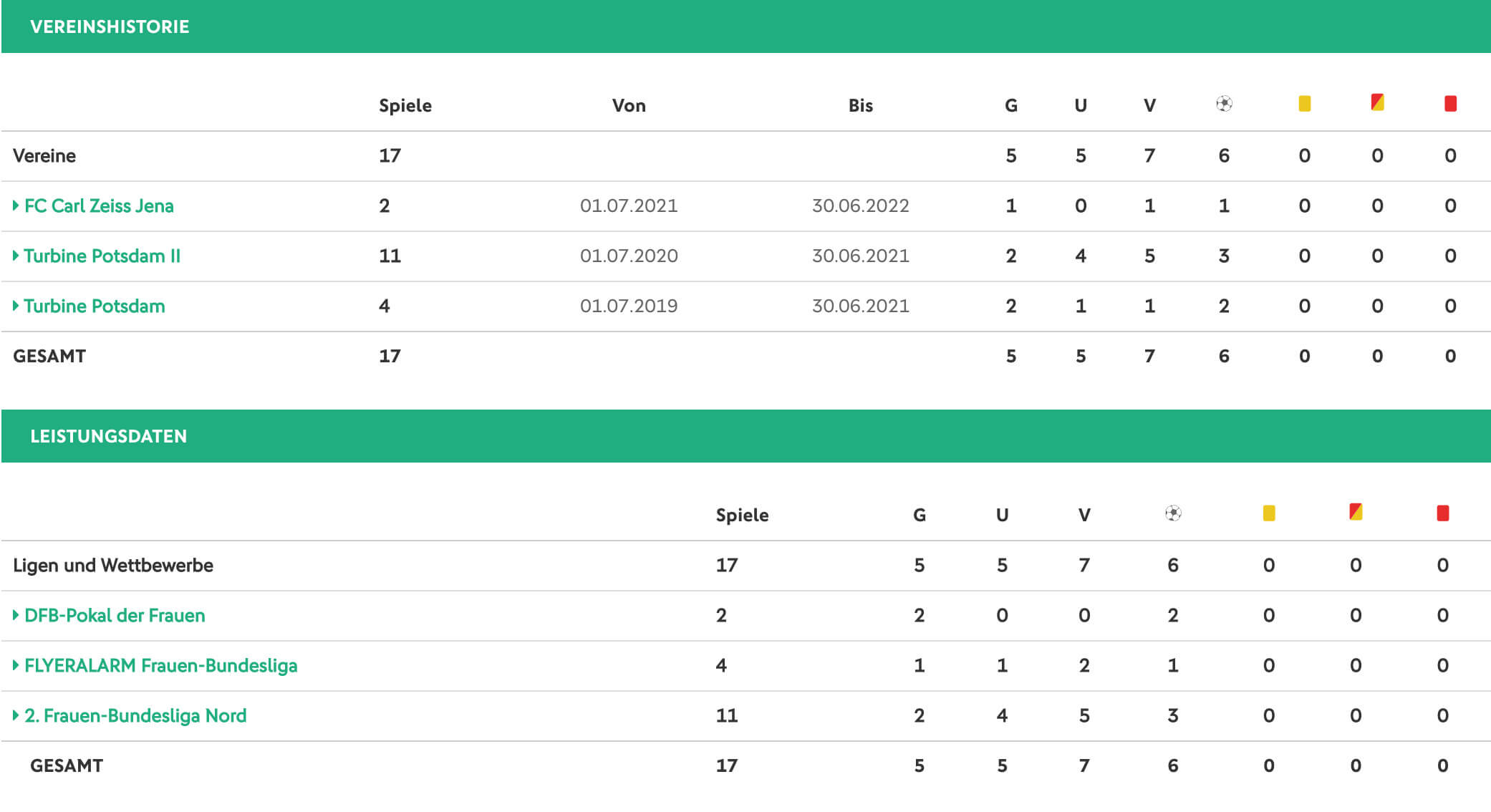 Milestones of my career (woman) 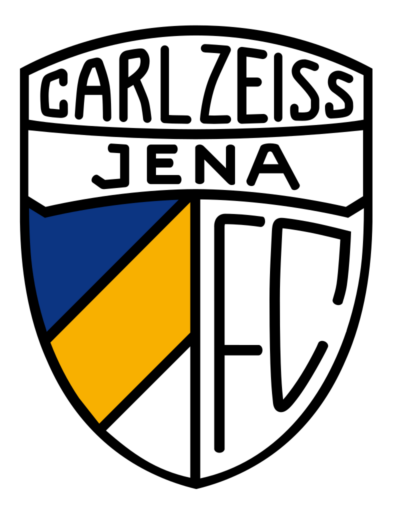 In July 2021 I signed a new contract with the FC Carl Zeiss Jena Women Bundesliga Team. 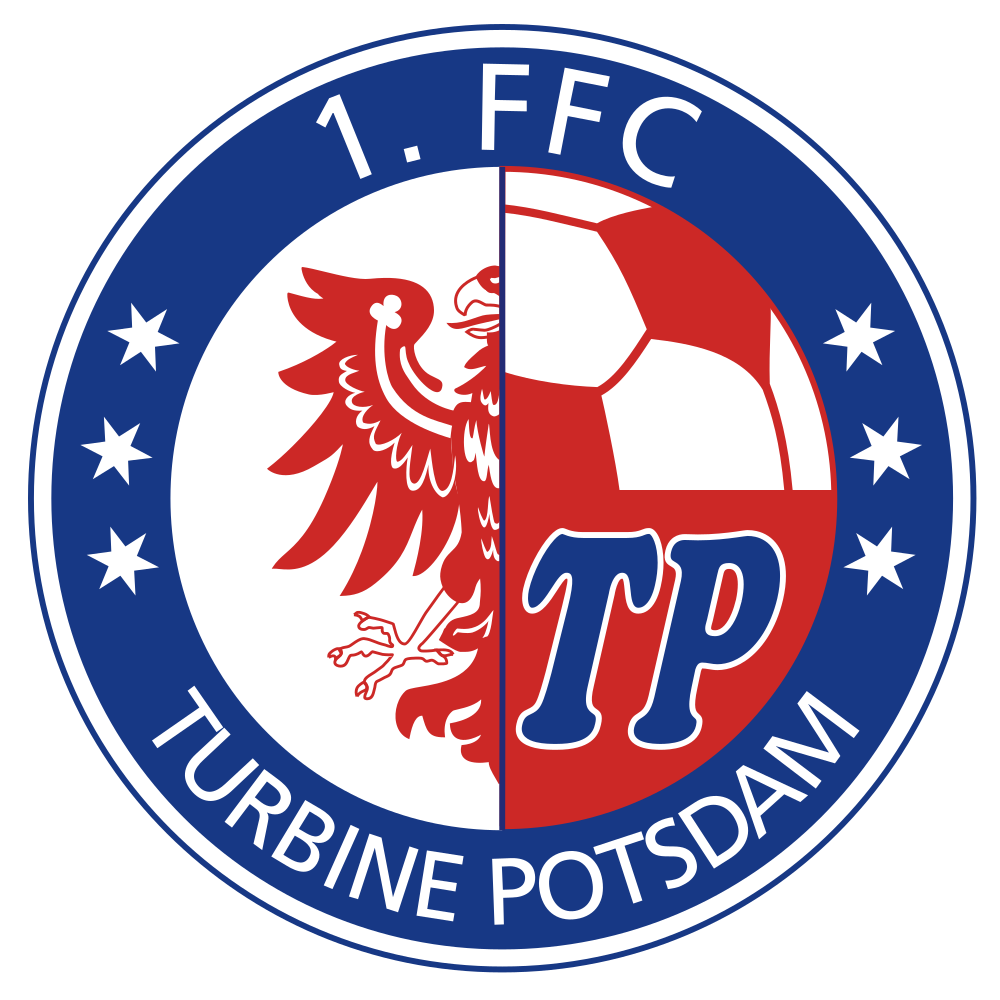 In June 2019 I signed my first professional contract at the German Bundesliga Club 1.FFC Turbine Potsdam. 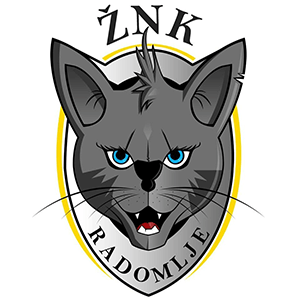 In 2019 I looked for a new challenge and decided to move to Radomlje. I played there only a half season before I went to Germany.

In 2017/18 I celebrated with ŽNK Olimpija Ljubljana the first place in the Slovenian Championship.

With NK FUŽINAR I won the Slovenian U17 Championship in the season 2016/17.

I played my first official match for the national team in 2015 when we were qualifying for the EU Championship 2016. Unfortunately, we did not qualify for the next qualifying round. A year later, we made it to the elite for the first time, beating England 1-0 in the last game. Every year after that we have always qualified in the elite part, but we never had the luck to qualify for the European Championship. The closest we ever came to it was last year (2019) when we were just one point short to qualify for the EU Championship. We played a very good game with the youth team, which was also evident in the results when we also beat some of the best national teams, such as: England, Austria, Portugal or Switzerland. I received my first call for the A national team in June 2017. At the time we had only preparations. I made my debut for the A national team in September 2017 with a match against Germany. In 2019 we won the Croatia cup where I also scored my first goal for the A team in the final. At the moment I can’t help the national team because of my injury. But I can’t wait to be back even stronger than before. 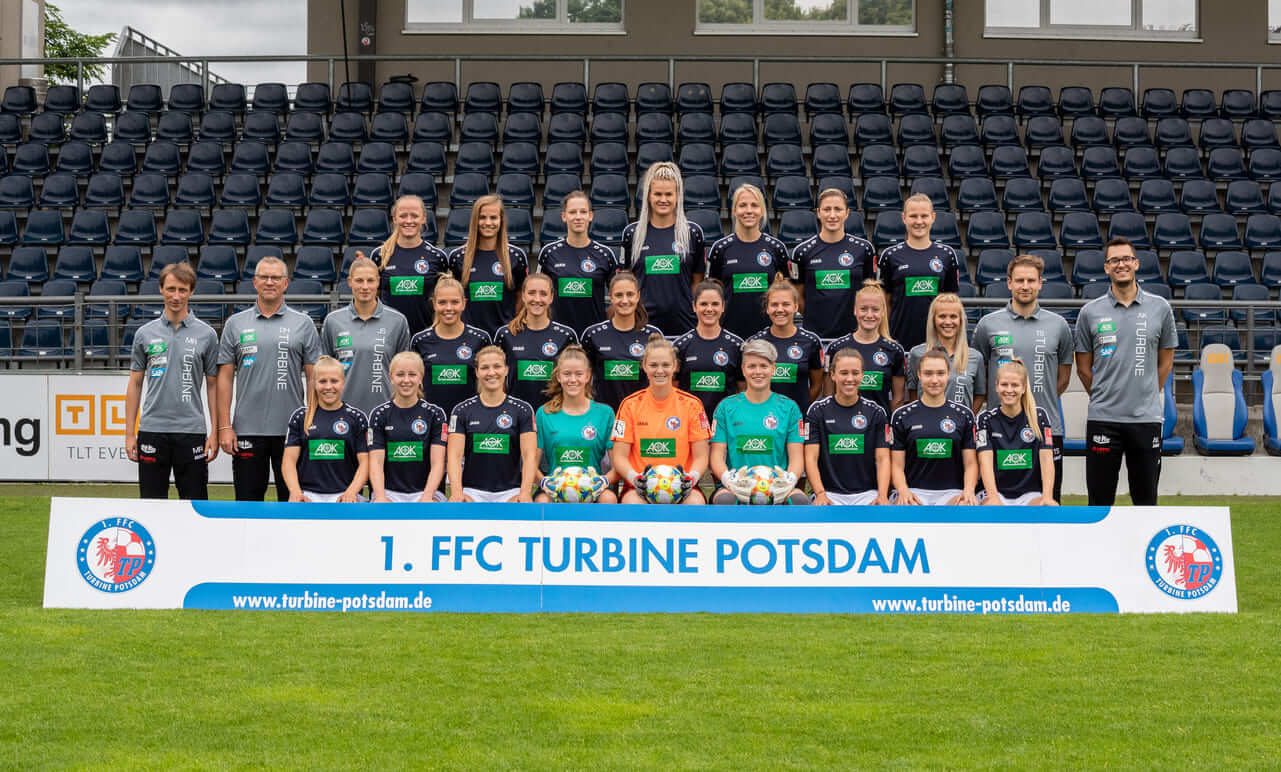